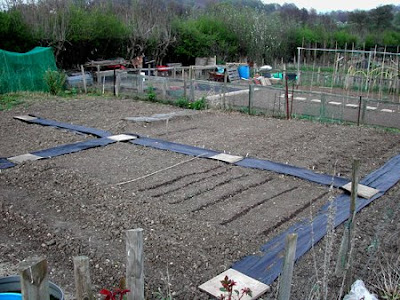 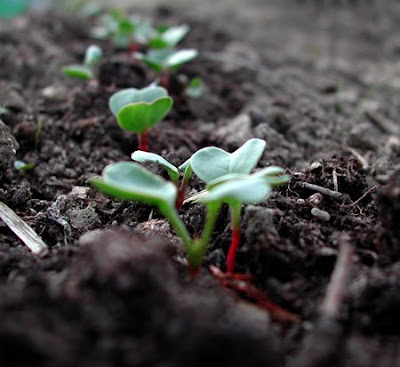 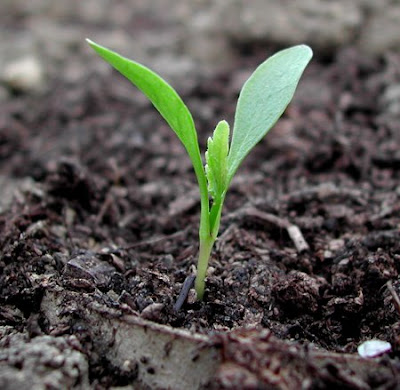 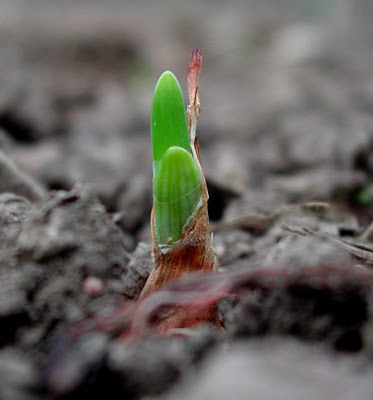 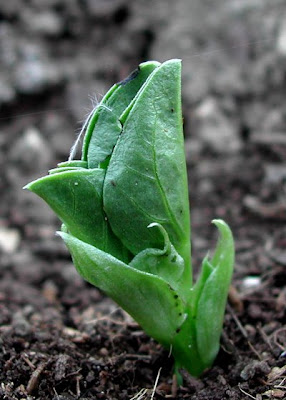 With any luck, weather permitting, we'll get some of our pea varieties sown this week as well as that last row of spuds and then we'll be scarily on track for the year. Hope everyone else is doing well too...
Posted by Paul and Melanie at 07:58

Wow your way ahead of me. I really must get a move on!! Great to hear all your seeds are growing away. Do you protect them with fleece at all?

Hi Libby. I don't tend to use fleece at all but then I've not tried starting anything in the ground early really. If we were suddenly due a frost I'd perhaps cover them now but I think we're past all that now thankfully :)

You have been busy!

I haven't grown onions before as we don't use that many of them at home. My hubby doesn't like them, so I don't use them in cooking, I do love onion in a cheese sandwich though and also on a salad, so I'm planning to get some in the allotment, but not as many as you!

You're allotment is looking really neat and tidy.

Hey looking VERY good and organised! I think you have a good growing year ahead of you there.

Hiya, with regard to our spuds in tyres; we are growing them that way because we don't have the room to grow them on the plot properly, plus its just a bit of fun! Not expecting much of a crop from them.

Your plot is looking really good. Lots of hard work been done I see.

Looking very tidy, you sure you're new to this?!